Bizarre Offspring of the M1 Garand.

The M1 Garand was the standard service rifle of the United States Armed Forces for 21 years, from 1936  until 1957 when it was replaced by the M14. A thoroughly dependable, robust weapon, it was the first semi-automatic rifle to become standard issue to any army. It was called "the greatest battle implement ever devised" by Patton, and at that time, he may have been correct; however, that didn't mean Springfield Armory wasn't going to try to improve on it. Years of experimentation and tinkering driven by conflict and curiosity spawned many prototypes and experimental small arms. Some were interesting concepts that simply never made it to production; others were somewhat absurd, and still others eventually evolved into the M14 and it's offshoots.

Here are a few of them. 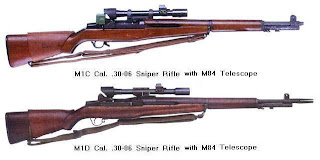 The M1C and M1D; the M1's well known sniper variants. 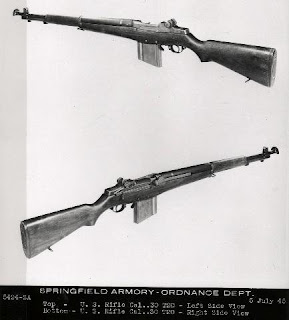 The T20. A select fire Garand that uses BAR magazines. Developed by John Garand himself for the US Army.

The T20E2 had it's own magazines, and couldn't accept BAR magazines. T20E2 magazines however were compatible with the BAR.

A heavy barrelled version of the T20E2 designed to serve as a light machine gun. It is curious that the E2's magazines were compatible with the BAR, but not vice versa since this weapon was essentially conceived to be the BAR's replacement.

The T22 was yet another fully automatic, detachable magazine fed variant of the Garand, this time developed by Remington.

Another T22E3HB, with a slightly different stock. The butt of the rifle is angled up rather than down, to reduce muzzle climb.

This is the T23. Like the T22, the stock is angled up instead of down. Can you even use the sights effectively on this gun? If anyone knows anything about it, let me know! 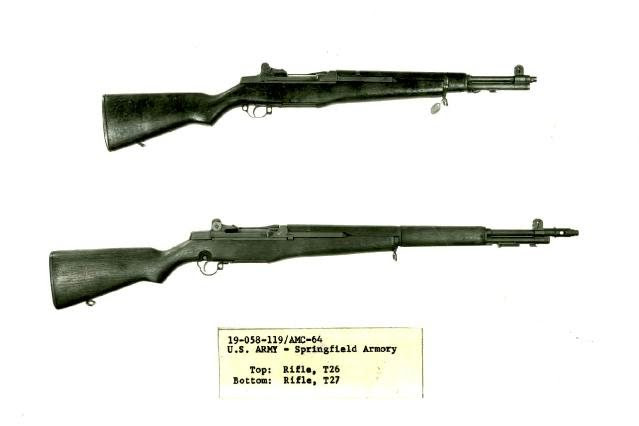 The T26 Garand was an experimental carbine that never reached production because of its excessive muzzle flash and extremely loud report. Often referred to colloquially as the "Tanker Garand," this is a misnomer as they were never developed for, never mind issued to, American tank crews. "Tanker Garands" are in fact commercially modified or assembled weapons made for civilian shooters.

The T27 was a standard Garand that was modified for fully automatic fire. Developed by Remington, Garands already in the field could be converted using a replacement fire control system. You can see the selector switch directly above the trigger. 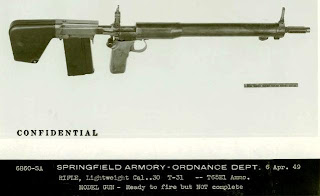 The T31. Everything needs a bullpup variant! 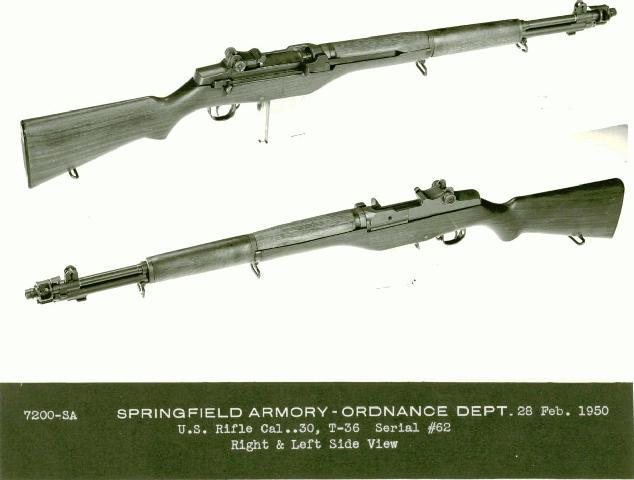